PAY ATTENTION and MAKE A DECISION: The Weight Edition

My grandmother was overweight. She had heart disease and diabetes. She had a heart condition called hypertension. She died at 64.

My aunt’s oldest daughter, my cousin… is overweight. She has a heart condition called hypertension.

My aunt and cousin raised me after my mother died. My mother also had diabetes. 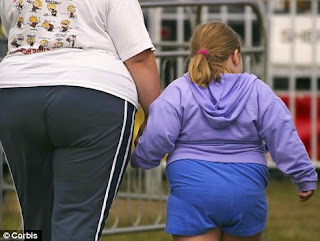 Some researchers say that hypoglycemia is a pre-curser to diabetes.

The news was upsetting. To be honest, I thought diabetes was for chubby people and I was not chubby. I wasn’t even 180 pounds. What I didn’t know (at the time) was that my BMI was 33%, which meant not only was I overweight, I was obese. The paperwork they gave me at the doctor’s office said I would need to be more mindful of what I ate. I would need to stabilize my, “blood sugar.” I would also need to decrease my body fat. It took almost two years for me to get serious about my health but eventually, I did.

I didn’t have a gym membership so the only thing I could do was run.

First, I set out to run a half mile. Not even a whole one… just a half. I couldn’t do it. I was tired and winded and light-headed. Since, I am also anemic; I blamed the low iron for the fatigue. But the truth was I was overweight and just plain old out of shape. I can remember driving to Piedmont Park every day and shuffling around that sandy circle they call a track. Soon I could get around it one time…then two. Next I moved to the treadmill. I would set the treadmill at 3.6 (16 minutes and 20 seconds per mile) and jog for 20 minutes. That was in August of last year. In October of last year, I joined Black Girl Run! That same month, I ran 3miles without stopping. In November, I stopped eating processed foods. In January of 2012, I started following a pretty strict blood sugar stabilization diet. I started eating 6 times a day, cutting down on processed sugars, refined carbs and dairy. By my birthday, February 2012 I could run 10 miles without stopping…so in March of 2012, I ran 13.1!  Last Saturday, I did it again.

In less than a year, I have pretty much eliminated fast food from my diet. I drink at least 50 oz of water a day. I work out at least 5 times a week and I have lost over 10% of my body fat. I am no longer obese and two days ago, I ran a mile in 10 minutes and 30 seconds.

My point is all of this is simple…PAY ATTENTION and MAKE A DECISION.  Had I continued to go down the road I was going, it is no question that the next sentence in our family history would have been about me! So many of us have developed a bad habit of accepting whatever we see. We think that because our parents or friends have a certain life, we are destined to repeat it. But that is simply not true. You have the tools within in you to change anything in your life that you want to change. Yes, it will be a process. But I promise you it’s worth it. Now I am so delighted when I see that so many of my friends have changed their diet and started working out. It inspires me to know that I inspire. But I am most inspired by those 4 sentences at the beginning of this post. Looking at it…and then looking at myself I am reminded that I am NOT my past, or my familial history. I am what I decide I want to be and so are you.

So…PAY ATTENTION to the patterns of life (and death) that you see around you. PAY ATTENTION to the friendships and relationship that feed you. PAY attention to what makes you feel good and whole. And then MAKE A DECISION. You have the power to change your story!
Posted by Kenya at 1:06 PM